"If you have been through this, you will know the depths your soul can plunge to when you lose a child"

"Their daughter is the light of their lives and I feel pure joy every time I see her."

My integrated approach looks at your current physical and emotional state, while providing you with complete confidentiality and support during one of the most difficult challenges of your life.
Learn More About Working Together

What Men and Women Should Eat To Improve Fertility

Improving your fertility can be fun and enjoyable! Why not connect with your partner by doing some cooking together? You could take a walk to

The contents of this site are for informational purposes only and are not a substitute for professional medical advice, diagnosis, or treatment. Always seek the

Opening The Discussion Around Fertility on The Harley Street Edit Podcast 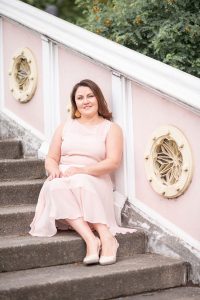 I am Linda Carter, a fertility-support coach who works with couples and individuals, like you, who are wishing to start a family but are having challenges conceiving.

Your top priority is to become pregnant and have a healthy baby, but you’re confused by conflicting information and who to trust.

Every month, the two-week wait before your pregnancy test is filled with worry and anxiety. You feel like you are losing hope and are physically and emotionally exhausted.

I’ve worked with couples who were told they could never have a baby and now have their much-longed for child. I combine my 20+ years of experience with the vital latest developments in technology and research in this expanding field. My integrated approach looks at your current physical and emotional state, while providing complete confidentiality and support during one of the most difficult challenges of your life.

From no hope to healthy baby.

Many of my clients come to me after they’ve been told there is no hope or possibility to have a baby and their fertility results indicate their chances of conceiving are very low.

We put together a positive strategy that helped them move forward and have a healthy baby.